Living Library #3 : How to act? On allies, ambassadors and actions.

We work too hard
We’re too tired
to fall in love.
Therefore we must
overthrow the government.

We work too hard
We’re too tired
to overthrow the government.
Therefore we must
fall in love.

The Living Library is a conversational space that takes place in the intersection between fiction, action and research. Over a series of three online sessions facilitated by Pernilla Glaser, academics, activists and artists will gather to share understandings of climate justice, unpacking the scheduled themes of knowledge, listening and action.

The Living Library is a Talk Up. You are invited to listen to a conversation between a group with various practices of knowledge. The conversation is followed by a participatory space where you reflect with other participants. 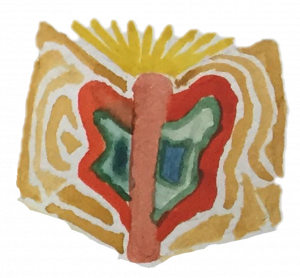 Registration is free and you are welcome to attend all three conversations or any of your own choosing. Please note, you only need to register once for the entire conversation series.

In this third session of The Living Library we will be investigating the possibilities of action, exploring questions such as:

You can read more about contributors and the background to The Living Library below and on our website here. Find the Facebook event here

Katarina Pirak Sikku is a Swedish Sami painter and photographer from Jokkmokk in Sweden. She attended the Art College in Umeå. Her art combines drawing, photography, painting, installation and text. It has been exhibited in Sweden, Finland, Norway and Colombia. In 2015, she was nominated for Dagens Nyheters cultural prize for her exhibition Nammalahpan based on 10 years studying the race biological research into Sami people. Learn more about Katarina and her art here:

Stellan Vinthagen is a researcher at Gothenburg University specialising in Resistance Studies, Nonviolent Action Strategies (Civil Resistance), Social Movements & Change and Power Theory. He is interested in the interpretations of the social meanings of acts of nonviolent disobedience as well as how transnational movements breaking of system-rules influences economic and political system-functions. His current research explores the globalization of resistance, legal Change and social movements, everyday resistance, and world culture and resistance. Learn more about Stellan and his research here:

Stefania is a scholar in Environmental Humanities, with a strong commitment to environmental and climate justice. She has developed her research and teaching at the intersection between academia and social movements – particularly those engaged in a Just Transition towards the post-carbon society. Stefania is the current Zennström Professor in Climate Change Leadership at Uppsala University. Learn more Stefania and her research here:

Joana Moll is a Barcelona/Berlin based artist and researcher. Her work critically explores the way techno-capitalist narratives affect the alphabetization of machines, humans and ecosystems. Her main research topics include Internet materiality, surveillance, social profiling and interfaces. She has presented her work in renowned institutions, museums, universities and festivals around the world such as Venice Biennale, MAXXI, MMOMA and Laboral among many others. She is the co-founder of the Critical Interface Politics Research Group at HANGAR [Barcelona] and co-founder of The Institute for the Advancement of Popular Automatisms. She is currently a visiting lecturer at Universität Potsdam and Escola Elisava [Barcelona]. Learn more about Joana and her work here:

Kalle Brolin is an artist and a writer, working with video installations and performance. His works have been shown in a number of international biennales and art exhibitions. He’s co-runner of the Sunshine Socialist Cinema, an outdoor solar powered cinema. He writes mainly for the culture pages in the alternative newspaper Fria Tidningen, but has also contributed to several art magazines. He teaches classes on video art at the art school in Munka Ljungby.Kalle Brolin has spent several years living and working as an artist in cities like Buenos Aires, Istanbul, London, Berlin, Stockholm, Copenhagen, Tallinn, and Gdansk. He is now based in Malmö. Learn more about Kalle here:

Pernilla Glaser is a writer, method-developer and teacher. She works as Creative Research Force at Interactive Institute and at the University Collage of Arts and Craft.Her background is as a theatre-director. She has worked a lot with participation, place and urban sustainability and has been a recurring guest-teacher at The Institution of Architecture at the Royal Institute of Art. She is currently teaching storytelling at the University College of Arts, Craft and Design Interior Architects. During 2014 she has developed The intersection, a space and toolbox for innovation and collaboration for Luleå University of Technology and two projects for the Swedish county government; toolbox for spatial exploration and toolbox for an inclusive cultural heritage.Pernilla Glaser is also the initiator of Academy of Risk, a network that works with prototyping risk-taking in academia.She is an experienced moderator, frequently working with universities and government agencies hosting seminars and various events.

See here to learn more about Pernilla and her work, play and all things between:

Joanna Macy and Chris Johnstone
Active Hope : How to face the mess we´re in without going crazy

Ruth Levitas
Utopia as Method : The Imaginary Reconstitution of Society

Sarah Schulman
Conflict is not abuse; Overstating harm, Community responsibility and the Duty of repair

Simple Shifts in personal behavior and their expressions in political structures of power, produce changing public norms which can make huge differences in individual and collective experiences.

Theme by Anders Norén — Up ↑